Specialized Going Direct Sales in the US?

I just saw the new alloy Demo announcement and went to the Specialized website to have a closer look. What I found was a big “add to cart” button. Specialized had been selling bike parts and rider gear via their US website, but not complete bikes or frames. It seems a major shift in their business model could be happening right now.

Currently, there is information missing on the website, so you can’t select a frame size and go ahead and buy the bike. But the Add to Cart button is there – so if they would add frame size data, you could. All of the other bike models I looked at don’t have this button. Instead, it says “where to buy” and leads you directly to the dealer locaor. Should this be an oversight and should Specialized not want to sell bikes directly to end customers at this time, this is – at the very least – an indicator of their systems being ready for a future move. 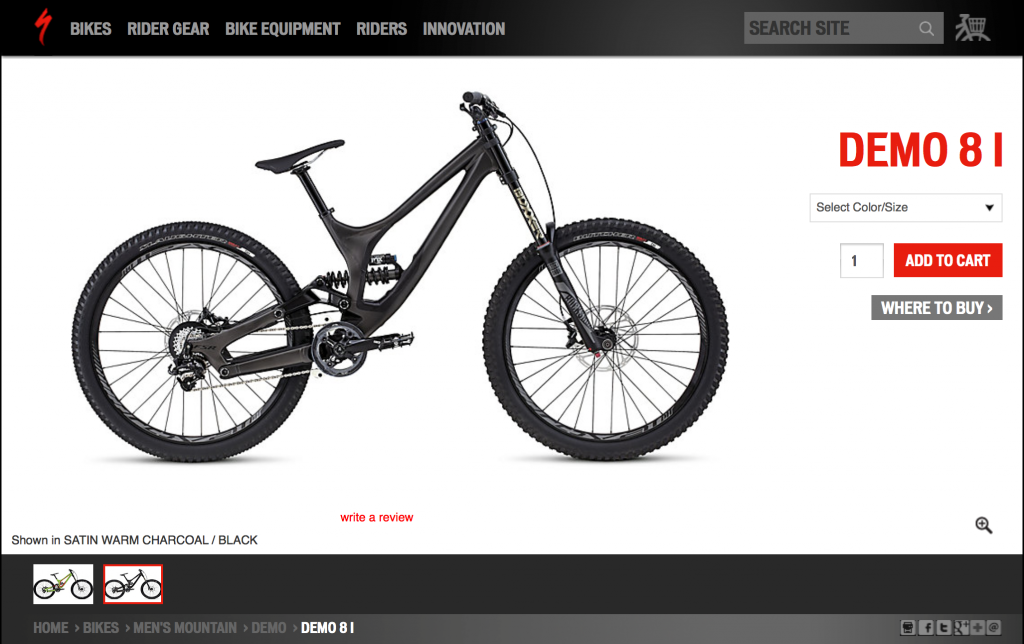 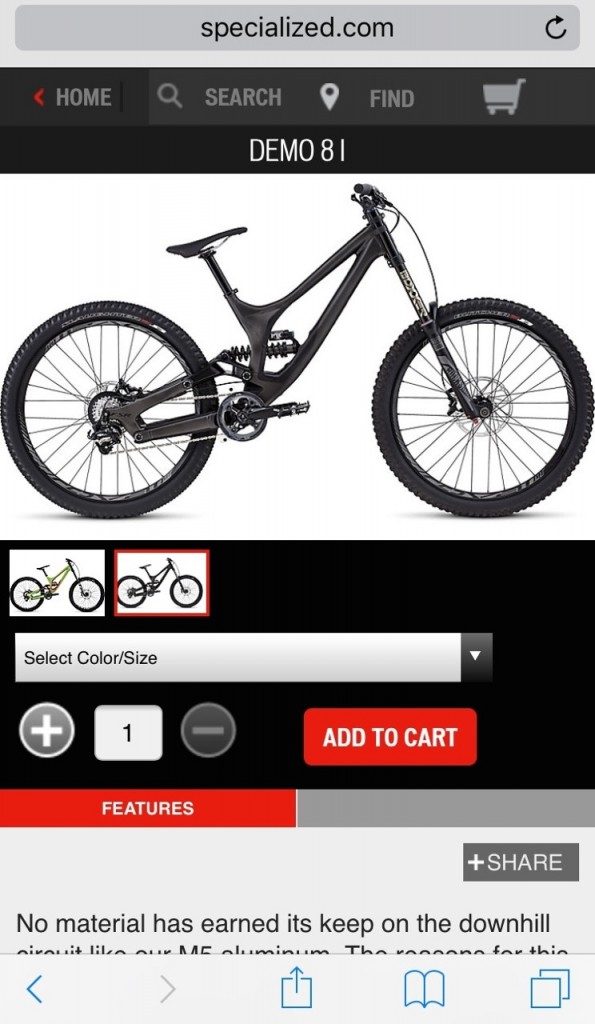 Apparently, direct sales brands such as Canyon and YT Industries are growing steadily and putting pressure on the traditional bike manufacturers. With Aaron Gwin’s move from Specialized to YT, the top world cup rider is now on a direct sales brand.
According to rumors, world champion Loic Bruni had been close to signing with Canyon, before Specialized won him over. Traditional brands have a hard time meeting the direct sales price tags, and the perception of these brands is no longer cheap. The investment the big direct sales companies have taken into their brands and product development are paying off. It seems natural for the big players to react to this development, but they will not cut out their loyal dealer network, one of their most important assets. Last summer, Trek has announced direct-to-consumer sales on their websites, but with a twist: You can buy a bike directly from them, but it does not get delivered to your door, but to the next dealer where you can pick it up and get support. A similar model has been announced by Giant in January. Most likely, the big players will eventually adopt a multi-channel strategy and go hybrid, i.e. sell both direct and via the dealer network. To reassure the shops, they could designate specific parts of the product lineup as shop exclusive, and when selling direct, they’ll likely adhere to list prices to not compete with the shops.

Whatever the future holds, the bike industry is in a time of change. I’m looking forward to it, as long as there is a place for my local bike shop in this.

Update: Shortly after I wrote this, the option to directly order the Demo from Specialized vanished from their website, and was replaced by the usual find a retailer button. The brief lapse shows, however, that their systems are ready for direct-to-consumer sales, and I expect them to eventually announce a hybrid sales model.